I don’t often use this site to talk about non-Jinx stuff (I’ve got my Huffington Post blog for that), but I thought I’d just pen a few words to mark the release of Star Wars: The Force Awakens and to try and briefly explain what it means to me.

I was taken to see the original Star Wars on opening night at the Southend Odeon by my parents, who’d won tickets for the screening from our local paper. I was three years old, and it was an evening screening – thus, instantly exciting and unusual. My brother had been following news stories about the impending release for weeks, and had been piecing information together as best he could. For some reason, I turned up at the screening expecting the cast to be there (particularly, oddly, Peter Cushing), but felt no sense of disappointment that they weren’t. It just felt so insanely big, exciting and grown-up to be going to the cinema in the evening.

I absolutely loved the movie, right up to the point where my three year-old body staged its own rebellion and I fell asleep. My mum took me back to watch it again the next week, at a more pre-schooler friendly time, this time I made it through to the credits grinning and over-excited.

Thing is, it’s pretty traditional for writer/directors who were taken to see Star Wars at a tender age to cite the movie as the reason they became filmmakers. That would be a lie (or, at very least, an act of mental revisionism). I decided I wanted to be a filmmaker whilst watching the squid fight in the cinematic re-release of 20,000 Leagues Under the Sea a few months later. Star Wars didn’t make me a wannabe filmmaker. What Star Wars made me was a fan. A fan of movies; big, bold, amazing movies that have this weird power to take you someplace else for a couple of giddy hours.

By weird coincidence, my parents won tickets again to the opening night of Empire three years later. By that time I was six or seven, and determined that I wouldn’t fall asleep. I emerged triumphant as the credits rolled, and said to my brother Col “and Han DIDN’T get frozen like we’d heard”. Col advised me to the contrary and I realised that yes, goddammit, I’d fallen asleep again for about twenty minutes towards.

Return of the Jedi. Southend Odeon again. Opening night again. Tickets from the paper AGAIN (Jesus, did nobody else enter those competitions?). That time I stayed awake, and watched the end of the story.

Except, of course, it wasn’t the end of the story. Tonight, over 30 years later, I’m heading back to Southend Odeon to see the story get picked up. That’s kind of a long journey to go on; kind of a ridiculous level of expectation. I’m spending the day ducking spoilers (in fact, I’ve written this as a kind of mental diversionary tactic to stop me reading ‘just one’ more review, which might be the one to trip a landmine of information I really didn’t want to know.

There’s an appendix to this story, related to those pesky prequels and their own respective opening nights, but that appendix is a diminished thing in my mind in comparison to how I felt on those nights in the 70s and early 80s and hope I hope against hope that I might feel tonight.

Just a kid in a cinema being taken somewhere far, far away without ever leaving his seat.

Wherever it takes me, I’m sure I’ll see some of you there. 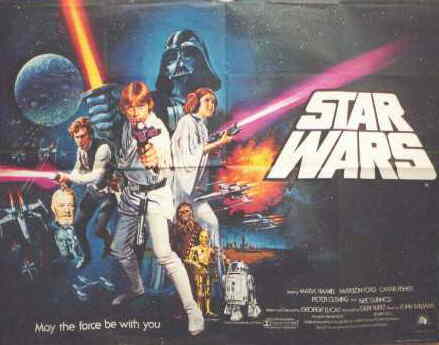